In Search of Lost Frogs released in the UK TODAY – check out the photo feature in the Guardian!

My most recent adventures took me to the lush island province of Palawan, a last frontier for conservation in the Philippines, to work with local partners the Center for Sustainability and the last members of the Batak tribe on the creation of Cleopatra’s Needle Forest Reserve, to protect over 40,000 hectares of primary forest and dozens of unique species. 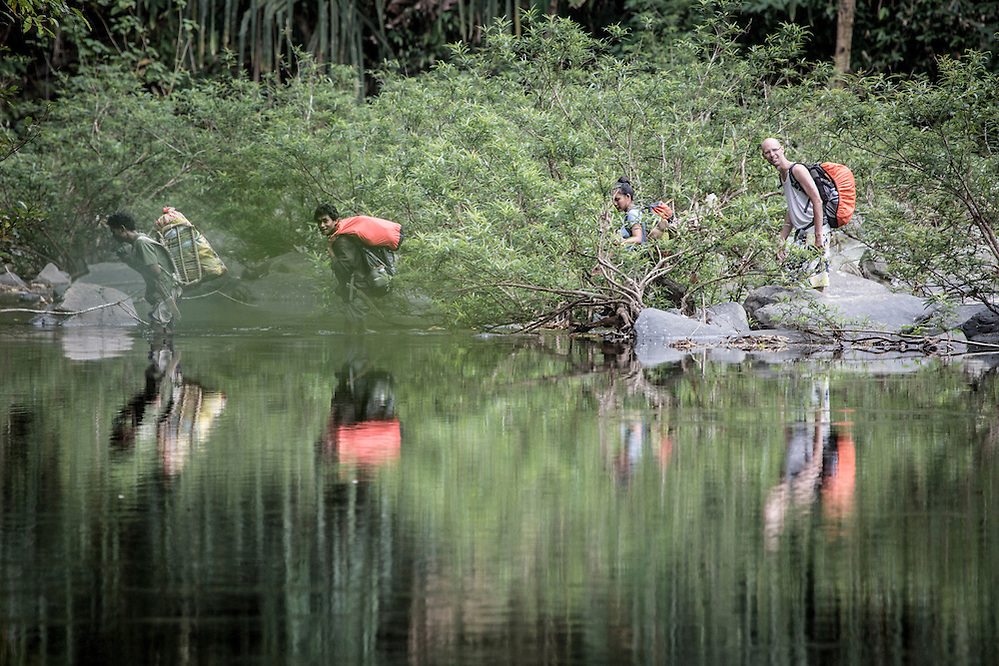 The island province of Palawan still boasts half of its original primary forests, some of the oldest and most diverse in Southeast Asia, and was identified in a November 2013 study published in Science, as the world’s fourth most “irreplaceable” area for unique and threatened wildlife.

Despite receiving international recognition as a UNESCO Biosphere Reserve containing two World Heritage Sites, the island remains relatively understudied, and its forests are diminishing as a result of a variety of pressures. Puerto Princesa municipality, in the center of the island, contains 65% forest cover and one National Park: Puerto Princesa Subterranean River National Park. The eastern boundary of the 22,000 hectare National Park follows the most west flank of Cleopatra’s needle, the highest and most pristine peak in northern Palawan. Key habitats, population strongholds of endangered species and the presence of tribal people were not fully included when designating the park boundaries and this has left about 80,000 hectares of forest, including the peak of Cleopatra’s Needle (the source of many rivers that wind through the forests), unprotected.

The area is home to the last 200 members of the Batak tribe. This tribe of hunter gatherers, the first inhabitants of the Philippines originating in Papua New Guinea, still live in balance with the forest. They live in simple makeshift huts and travel around gathering resin, and honey while catching the occasional Palawan Bearded Pig.

In order to protect these unique forests in perpetuity, local group the Center for Sustainability are, with the support of ASA, Rainforest Trust and the Andrew Sabin Family Foundation, working with the local government of Puerto Princesa and the Batak peoples to create and delineate, by the end of 2014, Cleopatra’s Needle Forest Reserve. The Reserve will encompass between 40,000 and 50,000 hectares of primary forest and a management plan for the area will be informed by upcoming comprehensive biodiversity surveys to ensure the survival of myriad endemic species.